3 “Risks” That More Manufacturers Should Take 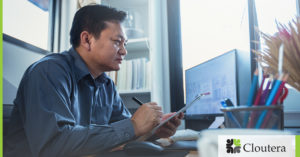 The manufacturing sector has a reputation of being a dying industry. Because we have a society that primarily promotes a traditional university education, it’s become increasingly difficult to fill positions, even when manufacturers don’t require formal education and often provide in-house training. In an effort to scale their companies, manufacturers have had to reevaluate their approach to hiring employees.

Where are these manufacturers missing the mark? Let’s take a look at three ways manufacturers can reframe their hiring processes to include essential changes that will positively impact their employment goals.

The assumption that automation has left little-to-no open positions with manufacturing companies could not be further from the truth. Elon Musk tweeted, “Excessive automation at Tesla was a mistake. To be precise, my mistake,” later mentioning that humans were underrated.

Even with his popularly shared admission, most people still don’t look to the manufacturing industry as a promising career opportunity that not only provides more comfortable living wages, but also job security.

It’s no surprise that this reputation hinders the industry’s efforts in talent acquisition. This is the first risk that manufacturers can take with their hiring efforts: position the industry in a more attractive way to command the attention of candidates in the market for a job.

Reaching out to RPO providers for manufacturing like Cloutera, which specialize in effective marketing strategies that reach candidates and attract them to manufacturing positions, is a successful way to mitigate the risk that comes with completely changing the approach companies have previously taken.

Create Space for Women in the Industry

Many business leaders in the manufacturing industry hold the belief that women aren’t the best fit for the available jobs in this sector. However, these jobs have better pay and benefits than the service sector, which is where most women are employed. Contrary to the belief that women simply “don’t want to get dirty,” the reluctance to work on the factory floor is more related to the experiences they’ve had with sexual harassment in the workplace.

Companies in need of qualified applicants for roles in the manufacturing sector should reevaluate the perspective they have with the shortage of employees. They can deploy more creativity with their approach to filling those positions by providing better conditions in the workplace through the increased representation of women.

Overhaul the Traditional Search for Candidates

The Manufacturing Institute and Deloitte reports that 22 percent of skilled workers plan to retire within the next 10 years. This translates to a need of 3.4 million workers for replacement of those positions. While some manufacturers have taken the hint and begun reaching out to community colleges, there remains a surplus of Millennials and Gen-Z populations that are unaware of the benefits of having a career in the manufacturing industry.

What’s the risk here? It requires human resource departments to take a more aggressive approach to reach communities and expand their pool of candidates. It also requires dropping the strategy of placing jobs online and waiting for candidates to search for them and apply. It’s similar to the shift in marketing, but takes the issue a step further in the form of programs and initiatives that provide skills to candidates, ensuring their path to success, rather than waiting for candidates to gain skills and become qualified prior to applying.

Many companies have seen the value RPO providers bring, facilitating their hiring processes to meet the needs of their candidates and hiring managers. RPO providers empower hiring teams with knowledge and data-driven strategies to customize their approaches and effectively fill open positions with high-quality candidates.

Have you assessed your hiring methods?

Have you already considered RPO and how it can arm your company with strategies to recruit the best candidates? Contact Cloutera today to learn more.